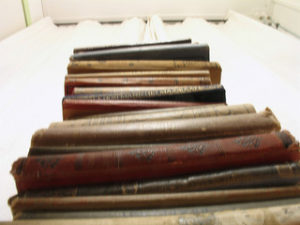 Not all exceptions to discharge in bankruptcy are found in the Bankruptcy Code.

The first two non-Code exceptions to discharge that I encountered in practice were HEAL loans, dischargeable only if denying the discharge would be “unconscionable.” 42 U.S.C. sec. 292f(g)., and a scholarship to attend a U.S. Military Academy.

Turns out that my 2011 version of the Colliers Bankruptcy Code pamphlet edition has, in the Additional Statutes section, reference to a number of non-Code limitations on the dischargeability of debts.

The thread that runs through these provisions is that incentives or education provided by the federal government  to those who later default are governed by different rules.

Title 37 USC 303a(e)(4) provides that special pay, incentive pay, or educational benefits paid to a servicemember may not be discharged in bankruptcy within five years of the termination of service on which the debt is based.

The particular repayment provisions must reference  §303a for the discharge limitation to apply.

A list of various military incentive and bonus programs is contained in Subchapter I, Chapter 5 of Title 37.

Among the debts to the feds that are nondischargeable by reason of  §303a include penalties for failure to participate in Select Reserve programs that had associated educational assistance.  10 USC 16135.

A harsher variation on the section 303a limitations on discharge makes financial assistance granted to a servicemember participating in this teacher training program flat-out nondischargeable.  End of discussion.  20 USC 6674(f)(3).

Bankruptcy Code 523 makes a criminal fine non dischargeable.  Not surprisingly, 18 USC 3613 makes any civil judgment obtained by the US to enforce the fine nondischargeable.

Scholarship grants to American Indians pursuing careers in health professions must be repaid if the student leaves school or fails to fulfill the subsequent service obligations.

That debt, like the Armed Forces pay provisions, is non dischargeable for five years from the date repayment is first due.  25 USC 1616a.

Like the Indian Health Scholarships, a obligation to repay a scholarship under the Veteran’s Benefits Educational Assistance  is non dischargeable for five years.  38 USC 7634.

Are you aware of any other provisions of federal law that condition or limit the discharge of debts owed to the US in bankruptcy?  Add them to the comments here.  I’ll feature them in a later post.